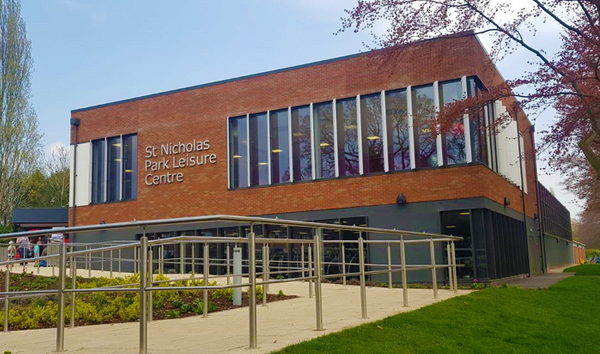 Phase 2 of the St Nicholas Park Leisure Centre, Warwick held its public opening on 21st April 2018. Opened by former Olympic Champion Colin Jackson, the scheme has been very well received by the public and our client Warwick District Council.

We provided Architectural and M&E services. The new facilities include two group exercise studios and a fitness gym that has 80 workout stations.

Both the client and the operator, Everyone Active, are delighted with the new facilities.

There was a great buzz in the centre on Saturday for the official opening, and all the feedback I have received has been incredibly positive about what a marvellous facility we now have in Warwick (Client)