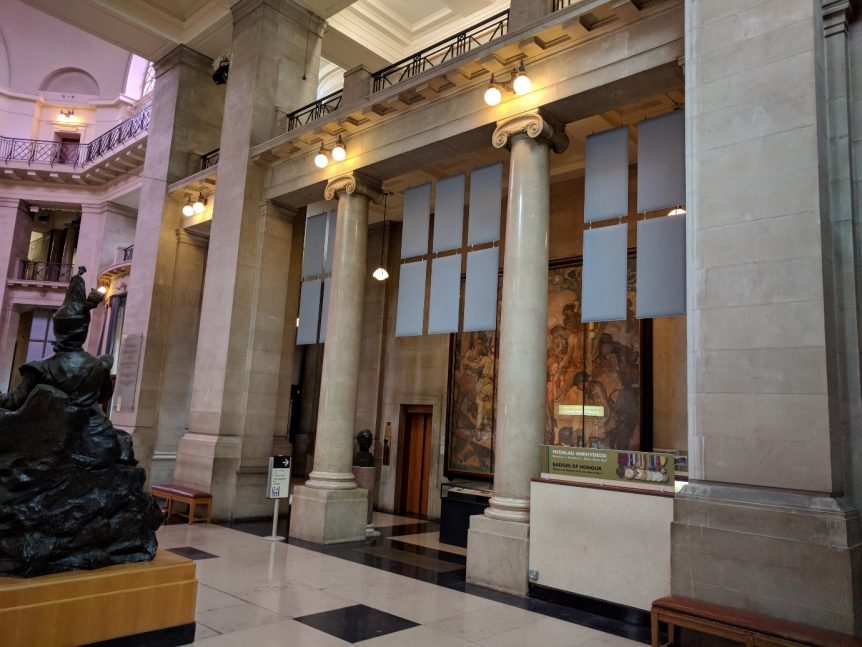 At the National Museum of Wales, Cathays Park, Cardiff we are appointed to lead a programme of renewal and repair of a number of areas of the existing Grade 1 Listed building. These include extensive areas of existing roof and the replacement of roof lights serving some major gallery spaces. Intensive survey inspections have now been completed for the museum roof areas and we are now commencing detailed proposals for repair and replacement.

Also at the National Museum, we have just completed the installation of acoustic panels in the Main Hall. The aim of this project has been to improve the acoustic environment for staff and visitors and to allow the space to be used for special occasions such as weddings and corporate events. The space has suffered due to excessively high reverberation times (over six seconds). The introduction of new sound absorbing panels is expected to reduce reverberation by approximately 50%. The acoustic improvement programme has been completed in time for a major event in the Main Hall in May which has been arranged to announce the commencement of a major new international service operating from Cardiff airport.

At the National Roman Legion Museum in Caerleon, we are preparing detailed proposals for the re-roofing of the facility and the repair of a Grade 2 Listed ashlar portico. The scheme also includes preparation of concepts and proposals for the main gallery ceiling and lighting strategy, which has suffered damage due to historic roofing failures and water ingress.

At the National Museum of History, St. Fagans, we are appointed to prepare proposals for roof renewal, window replacement and general fabric improvements to the Grade 2 Listed museum building (originally designed by Percy Thomas Architects).