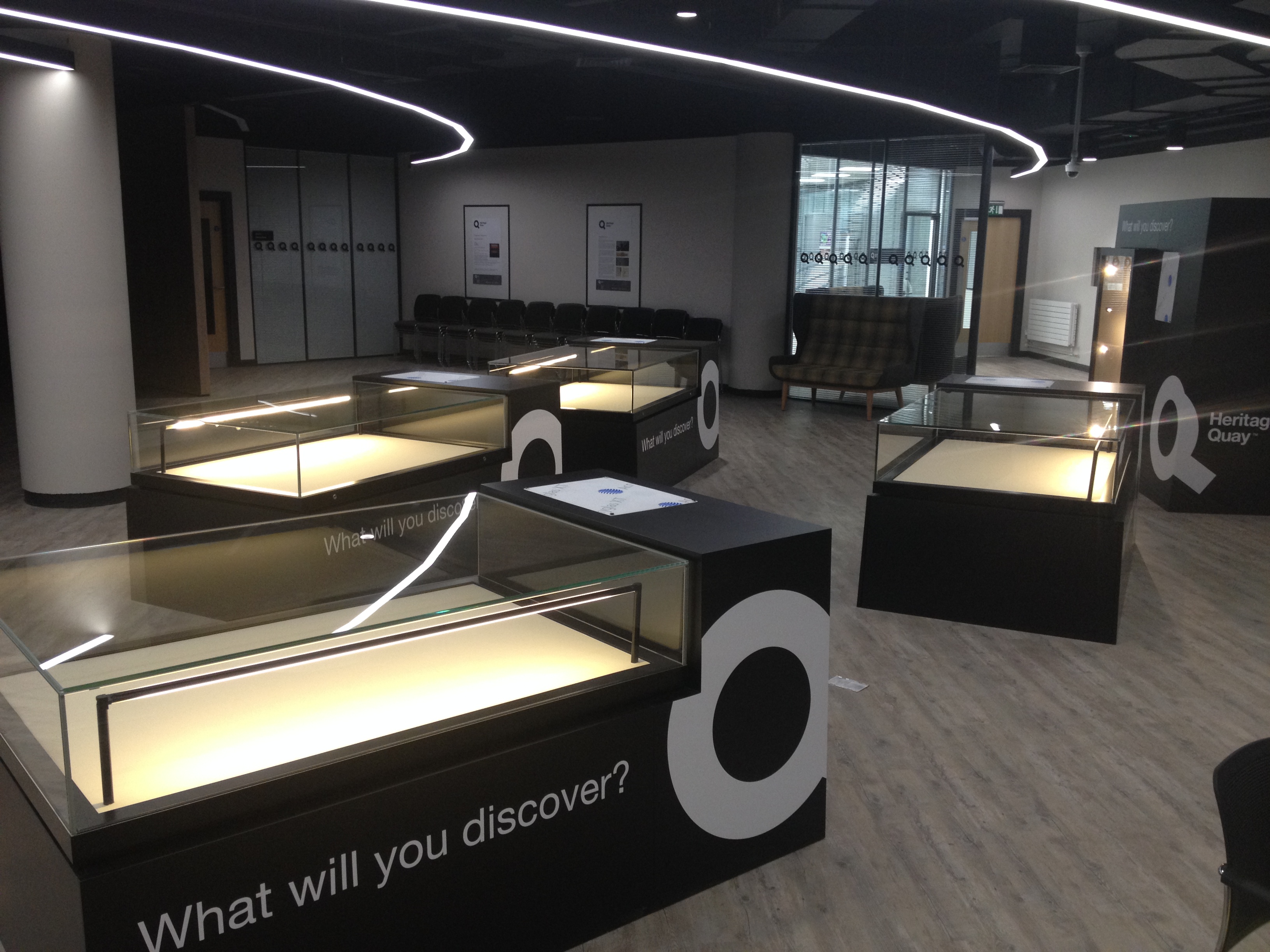 Heritage Quay, the new controlled environment archive and visitor facilities at the University of Huddersfield, has launched to great acclaim. DarntonB3 have acted as architect for this major transformational project.

Gary Verity, the man who brought the Tour De France to Yorkshire, opened the facility, describing the project as ‘fantastic and inspirational.’

Backed by the Heritage Lottery Fund, Heritage Quay combines state-of-the-art and the traditional to create one of the most technologically advanced archives in the UK.

Designed to BS5454 standards, the scheme incorporates a high-tech Exploration Space which enables visitors to sample archival material via touch screens and gesture technology.
‌Sport, music, politics, industry and the performing arts are among the many topics covered by the University’s archives.  In addition to its public spaces and facilities for researchers, Heritage Quay will also house a repository that contains more than one-and-a-half kilometres of shelving, to accommodate more than 300,000 books, documents, photographs, recordings and videos.

‌The repository will be one of the first in the UK to meet a rigorous new British Standard covering security and fire suppression.

Chancellor of the University, Professor Bob Cryan commented:
“This new, ultra-modern archive will be open more than 60 hours a week to everybody who wants to explore its collections.  It will be the most publicly accessible, as well as the most-technically advanced archive in the university sector.

Heritage Quay is the latest in a long line of successful schemes delivered on behalf of the University and we are delighted to continue this excellent ongoing relationship.