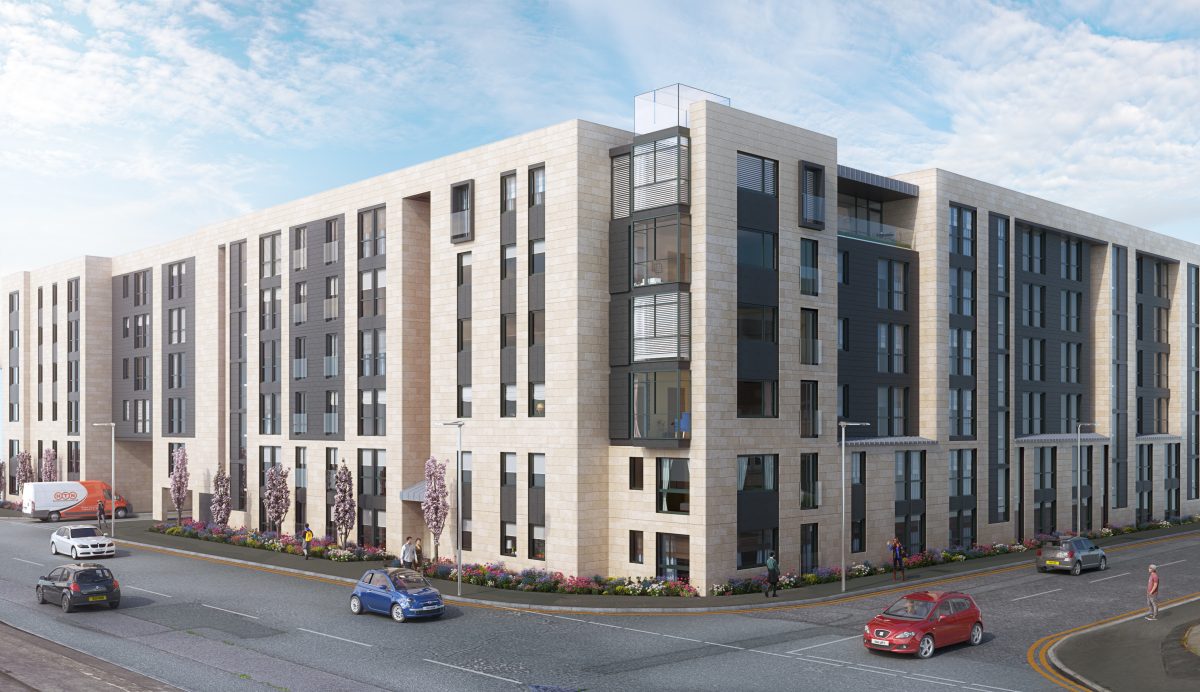 DarntonB3 was appointed for this 189 apartment development in the Finnieston area to the west of the city centre of Glasgow. The development is in a great location with immediate adjacency of the Exhibition Rail Station and close proximity to the SSE Hydro, Clyde Auditorium and the SECC. The layout, configuration and aesthetic design of the proposals has been derived contextually from the physical and socio-cultural characteristics of the Glaswegian tenemental model. This model is widely held to be a design icon of international renown and characterises the nature of inner urban housing in the City.

The site is significantly burdened by the presence of 2 underground rail tunnels which bisect the site in a north-west to south-east axis. One tunnel is live and one is dormant, although both are owned and maintained by Network Rail and both impose development exclusion zones which greatly impact the development potential of the site.